Royal Bardia National Park, Punjab is another place we visited when in Punjab. It attained the status of a national park in 1988. The park is sprawled over a large area of 968 sq km and the majority of the park is occupied by dense forest with a wide range of animals and birds. It also protects the Bengal tiger, which is included in the endangered list, from pollution and human encroachment.

We were told that the best time to visit the park is between October and March when one can view the maximum species of animals and birds. The park is also home to the one-horned rhinoceros, also called the Indian rhinoceros. Once they were widely hunted by hunters for their expensive horns and are now one of the endangered species. As I walked along with my friends, we were lucky to spot one and I took a photograph of it immediately. Another rare collection here is the wild Indian elephants, which are only about 25 in number. So a lot of care is taken to protect them and ensure their safety.

Barking deer, chital, barasingha, languor, gaur, nilgai, leopard, Indian otter, crocodile, Gangetic Dolphin and marsh muggar crocodile are other animals that have found their home in the park. A large variety of birds are also seen here. As we visited the park in winter, we were lucky to spot many migratory birds in the park, perching on trees and walking along the side of the lake. They were very beautiful and I had a few pictures of them.

I also saw a few monkeys on the trees and also deer roaming around the park. Visitors were told not to give any eatables to the monkeys as it may cause them health problems. However, I took a few photographs of them.

Elephant safari, river rafting and jeep safaris are also organized by the park authorities. There are also guides to accompany you when you tour the park. They are well versed with different parts of the park and know exactly where to take you for a better view of the animals and birds. We had a fun-filled time in the park and took many photographs. 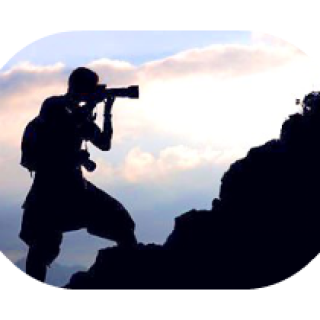 Hello, I am Siddharth Kaushik a Photographer from the lovely state of Haryana. Born in a lively family, I was always an energetic kid who loved adventure. Also like hanging out with my family as well as friends. For me both are important. Family keeps you grounded and friends charge you up for the new adventures in life. As a photographer, I look for perfection. I learnt that only nature can provide it to you. To get that “perfect picture,” I have travelled to countless scenic locations across India. My life is amazing and filled with thrills. I have created this blog to offer you guys my knowledge and hope that my posts would be helpful to you.